Welcome to my third tutorial on Information Gathering

In this tutorial we ll be use NMAP to gather Open Ports information about our target.

So first let us start with some basics of NMAP.

Using NMAP you can check the open ports and services versions running on a server that may help you to get direct access exploiting any of the functionality or via bruteforcing. It also helps you to understand about the services running on the server so that later it may help you while pentesting.

For a basic port scan: 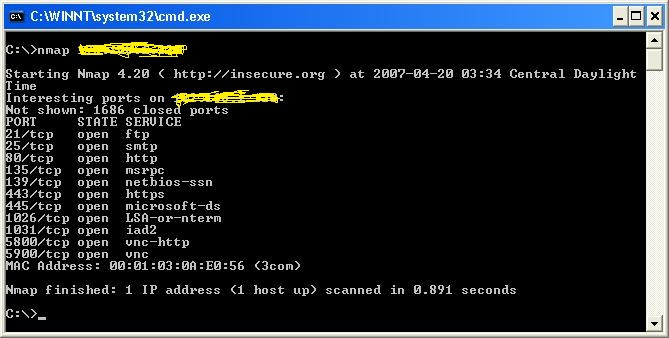 For a OS detection you can use -O switch

Thats all for this tutorial see you in the next tutorial, keep rocking, and keep hacking.